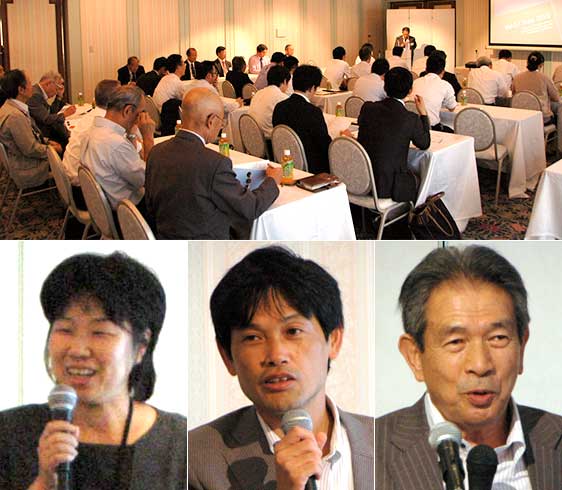 The common theme was that Japanese companies which choose to benefit from the new “Three Principles” defence trade policy and extend their business activities accordingly can expect significant gains. As the first international defence event in Japan, MAST Asia is the only event which supports this effort.

METI and MOD both reaffirmed their support for MAST Asia and encouraged as broad participation of Japanese companies as possible.

“We have no experience or achievement in trading in the international defense market, so some companies have anxiety.
MAST Asia 2015 is the opportunity to showcase your technologies and know-how, and gauge reaction from the rest of the world, and because MAST is technology-driven and non-political, it is the ideal first defense related Exhibition and Conference in Japan.
The Japanese Ministry of Defence will support MAST with TRDI and JMSDF as much as we can, and understand it as the beginning of our contribution to friendly nations in the area of defense technology.
We hope that many Japanese companies will attend MAST Asia, and make it the seed of future prosperity.
As Prime Minister Abe stresses, there is a great necessity for Maritime Security (Freedom and Safety of the sea), so in particular, you should present and exhibit Warning, Surveillance, Transportation and Minesweeping technologies.”
— Mr. Toru Hotchi
Director, Equipment Policy Division, Bureau of Finance and Equipment, Ministry of Defense

—Because the current Japanese national security situation is very severe, we need to establish good relationship with overseas nations.
After the announcement of the new Three Principles policy, the world is watching to see Japan’s change in attitude of defense related trade.
Given these circumstances, MAST Asia 2015 in Japan is a meaningful event for Japan and friendly nations, so we hope many Japanese companies will attend MAST in Yokohama.”
— Ms. Akiko Iimura
Director for Defense Industry, Aerospace and Defense Industry Division, Manufacturing Industries Bureau, Ministry of Economy, Trade and Industry

As MAST Asia 2015 will be the first time that Japanese companies will have openly demonstrated defence/security platforms, systems or products, Ms. Iimura offered to meet any company seeking guidance on what/how to present/exhibit their technology and products.

An additional meeting in October hosted by DTF will target Japanese SMEs to join the Japanese SME pavilion at MAST Asia 2015.

Reaffirming the US Navy’s support for MAST Asia during a recent meeting at US Navy base, Yokosuka, Vice Admiral Robert L. Thomas has committed to speak at the MAST Asia 2015 Official Opening/Keynote Session and pledged significant participation at the event in general by the naval staff/personnel of the base.

Yokosuka (US Navy and/or Japanese Maritime Self Defence Force bases) will also provide the location for the MAST Asia 2015 ship visit programme.

A schedule of visiting units will follow in a MAST eNews in February 2015. 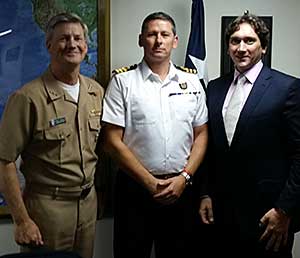 Australian Government/Ministry of Defence to increase presence at MAST Asia

At a time when Australia is considering buying Japanese-built Soryu Class submarines to replace its locally built Collins Class, the Ministry of Defence has confirmed top level participation at MAST Asia 2015.

Dr Alex Zelinsky, Chief Defence Scientist has been confirmed as a plenary speaker/VIP during the week, and for the first time ever DSTO will exhibit.

Independent of the MOD’s intentions for MAST, it is hoped that the exhibition will also feature an Australian industry pavilion.