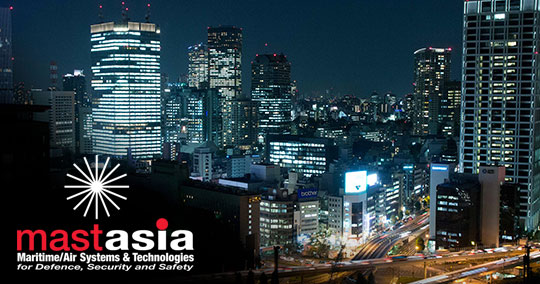 Following the hugely successful 2015 launch of MAST Asia, JAPAN’s ONLY INTERNATIONAL DEFENCE TRADE-SHOW/CONFERENCE, plans are underway (in cooperation with various Japanese authorities) for the second edition of the biennial series.

As part of the VIP/Hosted buyer invitation process, a half-day briefing will take place on Wednesday 24th February at The Orion room, Toshi Centre Hotel, Tokyo.

The meeting will be followed by an informal networking reception (featuring traditional Japanese food and drinks) and will give invited VIPs, embassy officials, domestic/international industry representatives, and international news editors/reporters the opportunity to hear first about the exciting developments for the next MAST Asia trade-show… aiming to be at least three times the size of the inaugural event!

VIP invitations are being sent now.

As well as invited guests, confirmed MAST Europe and MAST Asia exhibitors and sponsors interested in attending should RSVP to [email protected] immediately.