Sydney confirmed as location for MAST 2020 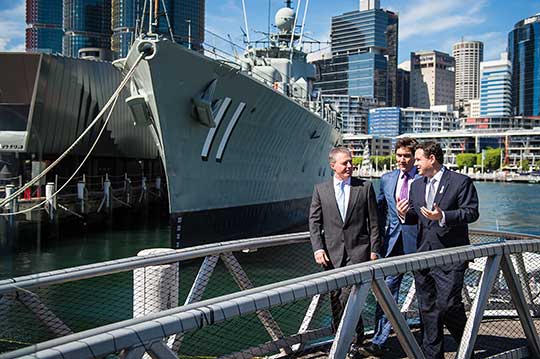 The soon to be opened ICC at Darling Harbour, Sydney has been confirmed as host for the 2020 edition of MAST: “MAST Asia-Pacific 2020”.

Working closely with various government authorities, not least DSTG (Defence Science and Technology Group), conference planning will start earlier than usual to embrace the many opportunities and benefits of interfacing with STEM (Science, Technology, Engineering and Mathematics) educational curriculum.

The trade-show is expected to be boosted by its timely coincidence with current and future naval/air procurement programmes in which many of the major exhibitors in next year’s MAST Asia, as well as upcoming MAST Europe and MAST Into-Asia events, are participating/competing.

Of historical note is that 2020 represents the 250th Anniversary of Captain Cook’s landing at Botany Bay, founding the east coast of Australia and naming it New South Wales.

French companies wishing to join their Country Pavilion at MAST Asia 2017 are reminded that they should contact [email protected] (email updated from past eNews).

Japanese (and Japan-based) companies considering sponsoring/exhibiting at MAST Asia 2017 should sign up for next week’s event now.

The briefing will take place:

If you want to showcase defence solutions to the top operators and buyers in Japan (and Asia-Pacific), you need to present (or sponsor/exhibit) at Japan’s only international defence trade-show and conference – MAST (Maritime/Air Systems & Technologies).

Authors have until Wednesday 1st February 2017 to upload abstract(s), but please don’t wait! Last year’s conference was well oversubscribed and the Technical Conference Committee, appreciating time to fully read and review abstracts, may need to prioritise those papers uploaded earliest.

Thales back on board for MAST

As with many of the exhibitors in next year’s event, Thales have long been present in Japan (45 years), and gained many customers and partners there, including past MAST Asia exhibitors such as Mitsubishi Heavy Industries, Mitsubishi Corporation, and Hitachi. 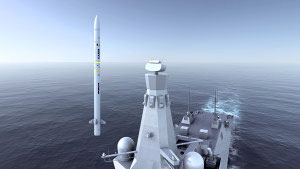 For the first time since MAST Europe in Genoa, Italy in 2007, visitors to next year’s event can discuss their missile/systems requirements with executives from MBDA, the only European group capable of designing and producing missiles/missile systems that correspond to the full range of current and future operational needs of land, sea, and air forces.

A French show of force at MAST Asia 2017

MAST’s organiser is working with GICAN (Groupement des Industries de Construction et Activités Navales) to establish a France Pavilion within the second biennial MAST Asia (2017) – Japan’s only international defence trade-show – to support French SMEs with a presence at the heart of this unique and widening Asian defence market.

Companies interested in participating within the France Pavilion should express their interest by email to [email protected].