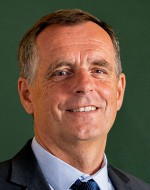 He has also been heavily involved in political-military and international affairs at a strategic level and was twice assigned at the Private Office of the French Minister of Defense (as head of the international “Western World and Asia” office and also, chief of the military Private Office).

He has been responsible for defense industry cooperation and export for Asia and Pacific at the DGA (Defense procurement and technology agency).

Finally, he was Maritime Prefect for the Manche and North Sea, acting for the French government and commanding the military forces in this area.

* FMES is a centre for training, consulting, research and debate in the fields of defense, management of risks, security and intelligence strategy in the Euro-Mediterranean, Middle Eastern and African spaces.